DDSL U-11 League Cup: Cabinteely FC DDSL U-11D1 3-1 Raheny United FC
The weather was cold and windy last Saturday morning in Kilbogget Park and in those conditions the park can be a difficult place in which to play a game of football. With nowhere to hide from the harsh conditions the Cabinteely FC and Raheny United FC players took to the pitch in the hope they could overcome both the elements and each other in a bid to reach their League Cup Final.

In what was to be a hard-fought game, it was Raheny who won the toss and chose to take the advantage of the strong winds for the first half. A decision that meant Cabo’s main concern for the first period would be to keep a clean sheet. With that, both teams started brightly. Raheny dominated the possession in the early stages and even managed to force two excellent saves from Cabo ‘keeper Nathan. 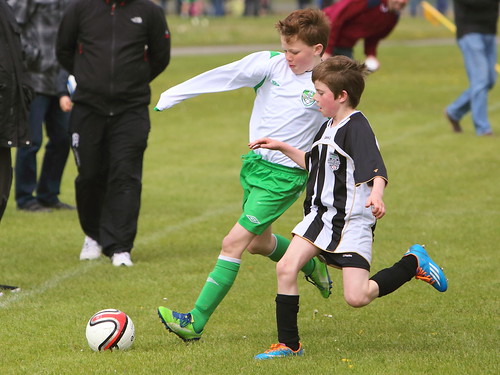 As the game progressed, however, Cabo began to exert their influence and it became obvious that the wind was not providing Raheny with the huge advantage for which they had hoped.

Cabo’s pressure was justly rewarded just two minutes from half-time when, following excellent work down the right hand side from Cabo’s right full, Glenn; he beat two Raheny players, got to the byline and whipped a low cross to the far post that was happily tapped in by the unmarked Cabo centre mid, James. Cabo had managed to go in 1-0 up against the odds.

For the second half the wind died down a touch and the game became more open. Raheny began launching the ball into the Cabo half in the hope they could put the home side’s defence under pressure and force an equaliser. Cabo’s back three of Peter S. Peter A. and Jack resisted all such efforts and it was Cabo who scored the game’s second goal. 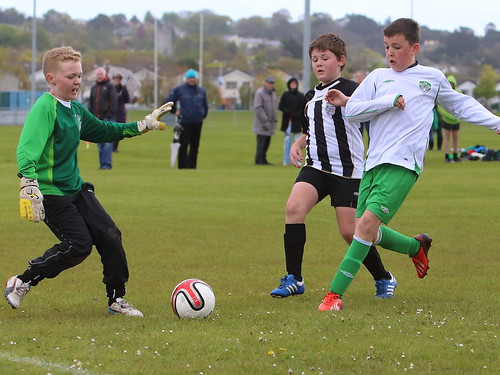 An excellent corner delivered in by Cabo’s right mid, Ashton, found the game’s opening scorer James alone two yards out for an even easier finish than his first! The final was in sight for the lads in green and white.

To Raheny’s credit they were far from giving up on a comeback. Again they pressed, putting Cabo’s defence under pressure and forcing their midfield back.

Cabo however had grown in confidence with the second goal and their shape and play was proving too much for Raheny. As a result it was no surprise when Cabo’s left mid Darragh split the Raheny defence with a slide-rule pass that put Cabo’s lightning-quick striker Joel through one-on-one with the ‘keeper. He made no mistake, hitting the top left corner.

At 3-0 down, Raheny still pushed forward and managed to score a well-deserved and fine consolation as their centre mid struck a wonderful effort from 25 yards. As fine goal as it was, it did nothing to spoil the celebrations as Cabo saw the game out for a 3-1 win and a place in their first cup final at their very first time in a cup competition.

Exciting prospect to anticipate as these lads advance to the decider!