DDSL U-11 Tony Hackett Cup Final: Cabinteely FC 2-1 Castleknock Celtic FC
On Saturday, our DDSL U-11D1s were first up of the four Cabo teams appearing on the DDSL’s Cup Final weekend that took place in the AUL Complex, Clonshaugh.

Cabo and their opponents, Castleknock Celtic FC, paraded out in sunny conditions, which quickly deteriorated as the passing showers got heavier and more frequent!

Cabo dominated the first half of this highly competitive DDSL U-11 Tony Hackett Cup final. They started strongly and put their fellow league members Castleknock under immense pressure. In particular Cabo’s centre forward Ashton put constant pressure on the Castleknock back three. 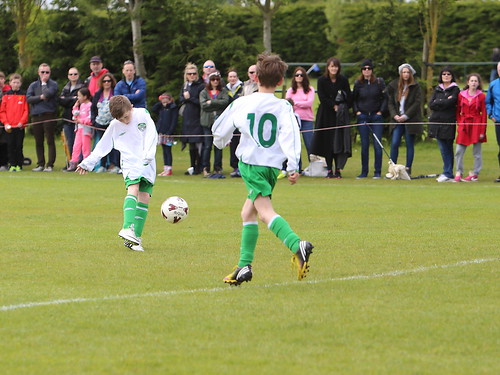 Pressure that paid off ten minutes in when Cabo’s captain Peter A delivered a corner that was cleared to the edge of the box by Castleknock, only to find Cabo’s Jack 25 yards out. Jack, as he has been doing all season, lined up his shot and fired a fierce effort in to the top right corner (above). A lead Cabo fully deserved.

Cabo’s second wouldn’t be long in coming. After another fine corner this time from Sam, the ball broke to Joel who’s shot deflected in to the path of James to prod home from three yards. 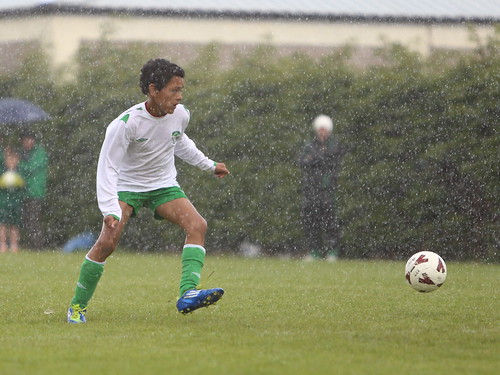 With a 2-0 lead Cabo entered the second half to put the game out of sight. Although Castleknock had other ideas! They fought back well. Pressing Cabo’s defence and forcing some great clearing challenges from Cabo full backs Glenn and Peter S.

Cabo’s ‘keeper Mathew who had been relatively untroubled in the first half was called upon to make a number of excellent stops. Castleknock were not to be denied however and they managed, with five minutes to spare, to halve the deficit. A great strike from distance to match the opener from Cabo.

This Cabo side though is not one to let a goal rattle their cage though. Their midfield duo of David and Darragh battled hard, made their passes count and were first to every ball to ensure that Cabo saw out the rest of the game to take a well deserved victory.